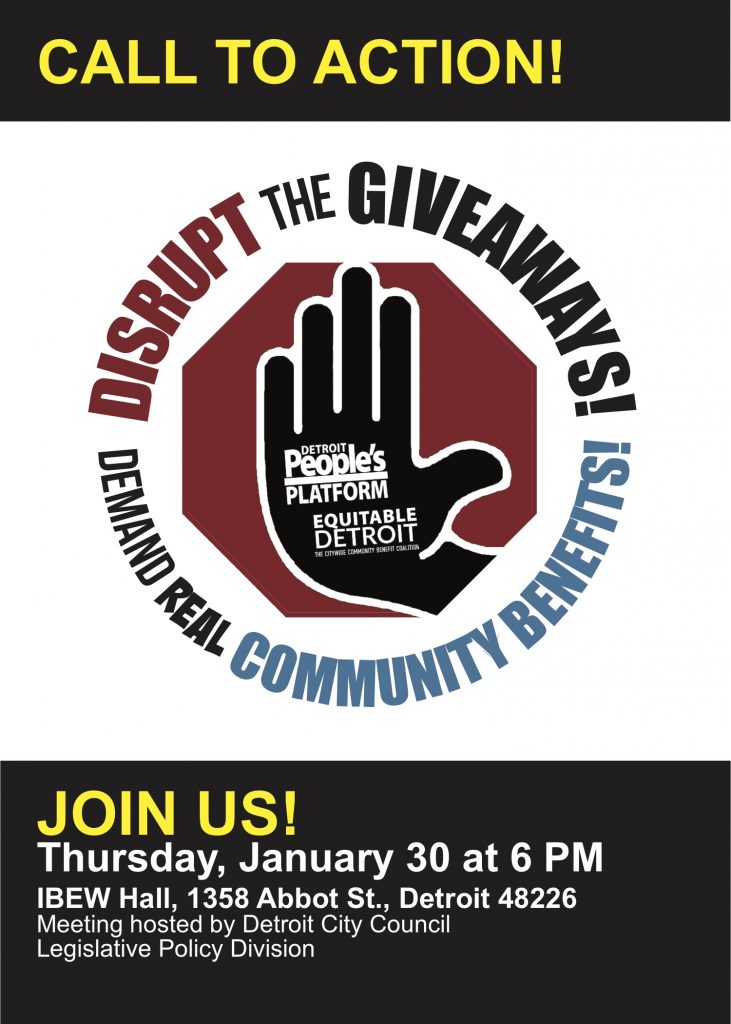 Since Bankruptcy and Emergency Management the City of Detroit has facilitated the transfer of over $1 BILLION in public funds to private economic development projects. The movement for a Community Benefits Ordinance (CBO) emerged as a grassroot response to interrupt extraction of public wealth and resources and the negative consequences for Detroit neighborhoods.

In 2017Equitable Detroit Coalition (EDC), the citywide CBA coalition along with Detroit People’s Platform (DPP) began monitoring the newly passed Community Benefit Ordinance (CBO) which applies to large scale development. Voted in by a narrow majority in the 2016 general election, Proposal B represented an austere version of the more progressive community benefit ordinance (Proposal A) put forth by EDC and DPP voted on by nearly 100k Detroiters.

In 2018,EDC and DPP issued a report calling for major revisions to the current ordinance. The amendments brought forth are more aligned with the spirit and intent of a genuine community benefits ordinance where residents have voice and power in negotiating agreements that represent neighborhood priorities. In response to community pressure, 2019 saw Detroit City Council proposed 17 amendments to the CBO and invited community feedback.

On January 30, 2020, Detroiters will have an opportunity to offer recommendations for the proposed CBO amendments at a stakeholder meeting hosted by Detroit City Council’s Legislative Policy Division. We invite Detroiters to organize with us and demand change by endorsing the EQUITABLE DETROIT COALITION’S AND DETROIT PEOPLE’S PLATFORM “MUST HAVE” AMENDMENTS.

Detroit City Council is seeking resident feedback on 17 proposed changes to the CBO.

Equitable Detroit Coalition and Detroit People’s Platform support 7 of these as MUST HAVE Amendments.

EDC’s and DPP’s MUST HAVE Amendments at a glance:

YES   4. Increase the number of meetings

YES    15. Enforcement Mechanisms, including but not limited to Clawbacks

Above and beyond the changes being considered, EDC and DPP are calling for these MUST HAVE “NEW” CBO Amendments:

What’s Conflict of Interest? Those individuals nominated for NAC membership  who have competing affiliations or interest that may result in the perception or the reality of an increased risk of bias of judgment in upholding the NAC member responsibility to prioritize the interest of community residents over the interest of city officials, developers, and others who stand to gain material benefit or influence should be restricted from serving on the NAC.

What’s Conflict of Effort?A situation where demands from separate entities jeopardize the duties and responsibilities associated with one or more of those entities:  i.e. outside consulting activities interfering with duties of one’s primary employment 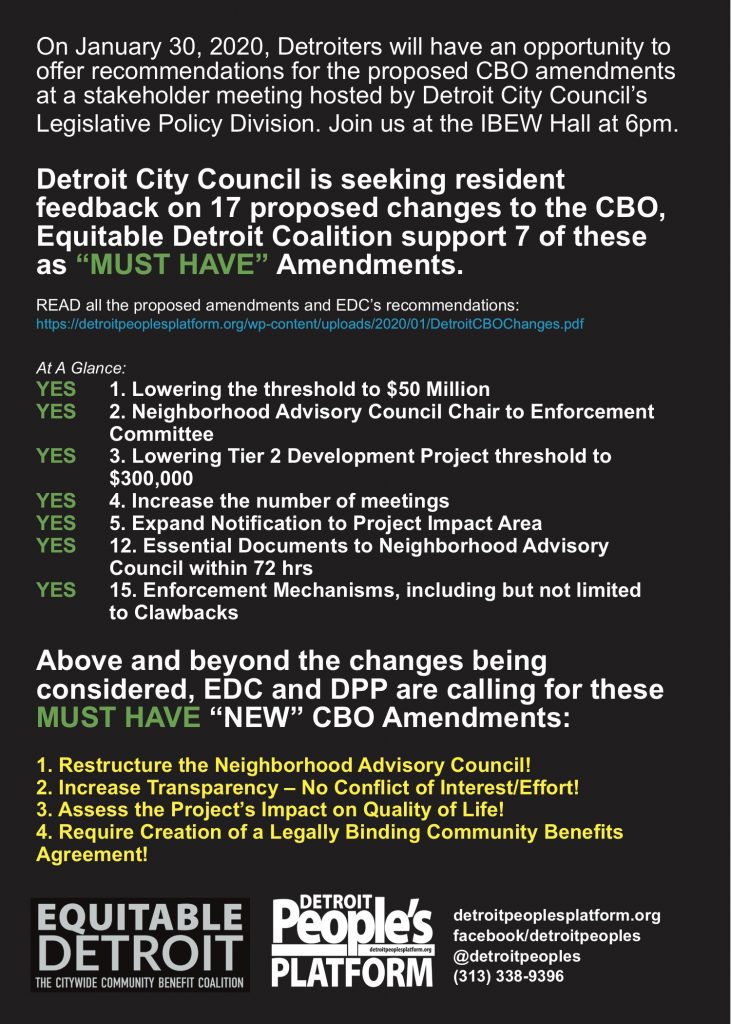