The Mayor anticipates that the City will have a $358 Million Budget deficit spread between fiscal years 20 and 21. In order to offset this deficit he has proposed staff reductions, budget cuts, use of the rainy day fund, and re-prioritizing budget spending for next year to create $358 Million in savings. These cuts will have a disproportionate impact on some city workers.

Many city workers will take a 90% pay cut  while the Mayor’s top staff will only take a 5% cut.

Why is a $58 Million cut to city employees being proposed? 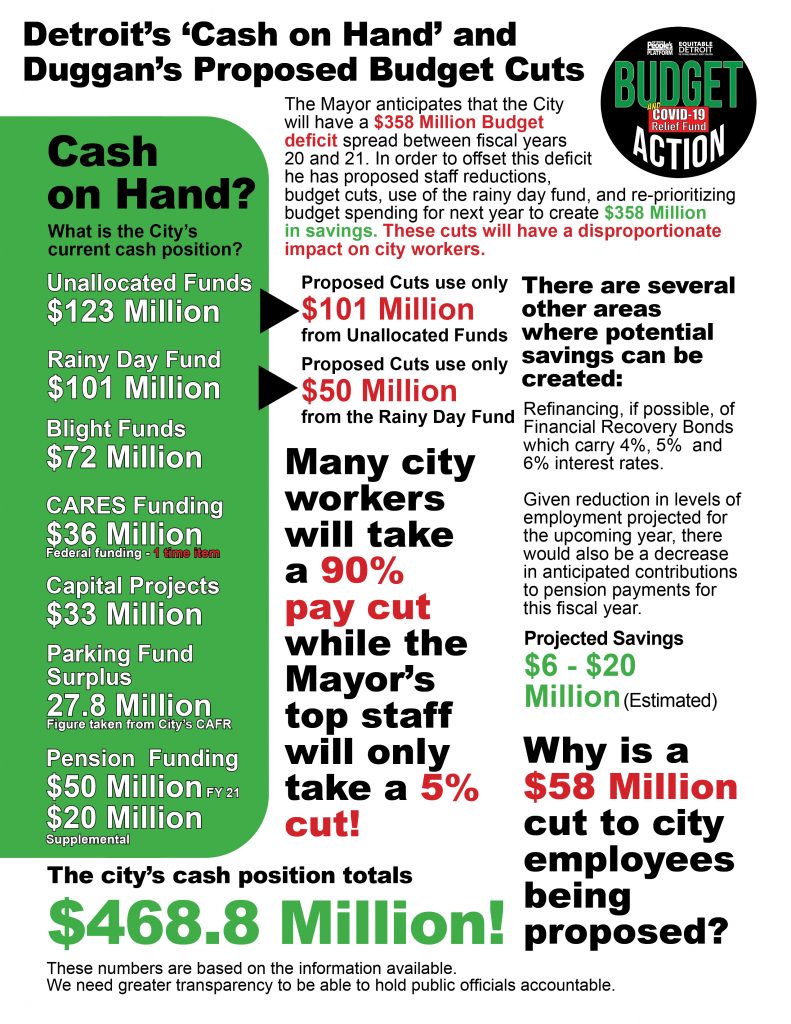